There is no family concept in cats. Therefore, they can even mate with their own male cat. Although they instinctively protect and feed their offspring at the first time they are born, the offspring stop caring for them as soon as they are weaned. For this reason, cat neutering operations are applied. Many animal lovers oppose this situation. But, cat neutering scientific research has proven that its operation is a very healthy thing for cats.

Owners of cats say that they too must have their sex lives and do not want to take it away. But cats have no concept of love. They only want to reproduce under the influence of their sexual hormones. However, since cats do not have the concept of mother, father, child and siblings, cat neutering is recommended for each cat. Cat owners should be well informed before deciding on this issue.

In cat neutering method, the ability of cats to reproduce under anesthesia is terminated by operative methods. With this surgery, the testicles of the male cat and the uterus and ovaries of the female cat are removed. The cat neutering operation is a permanent, irreversible operation that results in the shortest time. Therefore, it is important that the cat owners make a firm decision before the operation.

There are two different methods for cat neutering, and whichever method is considered appropriate, is preferred. Neutering is not just about taking away the breeding possibilities of cats. The cat neutering operation applied is essential for all cats to live a healthy future, and the reasons for this requirement are scientifically proven.

The time for sterilization of cats is different. Because male cats and female cats have different time to reach sexual maturity. In the sexual maturity period, many factors such as weight, season, nutrition and hair structure have an effect along with gender. The cat with a weight of 2 kg and higher reaches sexual maturity. For this reason, cats that have completed 6 months and have exceeded 2, 5 kilos are generally suitable for cat sterilization.

In the meantime, the structure of the cat can be determined according to the veterinarian’s controls, and a cat neutering operation can be performed earlier. When cats enter sexual maturity, they show this situation with their movements. Cats begin to meow differently during this period. They become closer to their owners and approach as if they want constant love. They hump the back and lift the back into the air. There is also an increase in the daily number of urine. 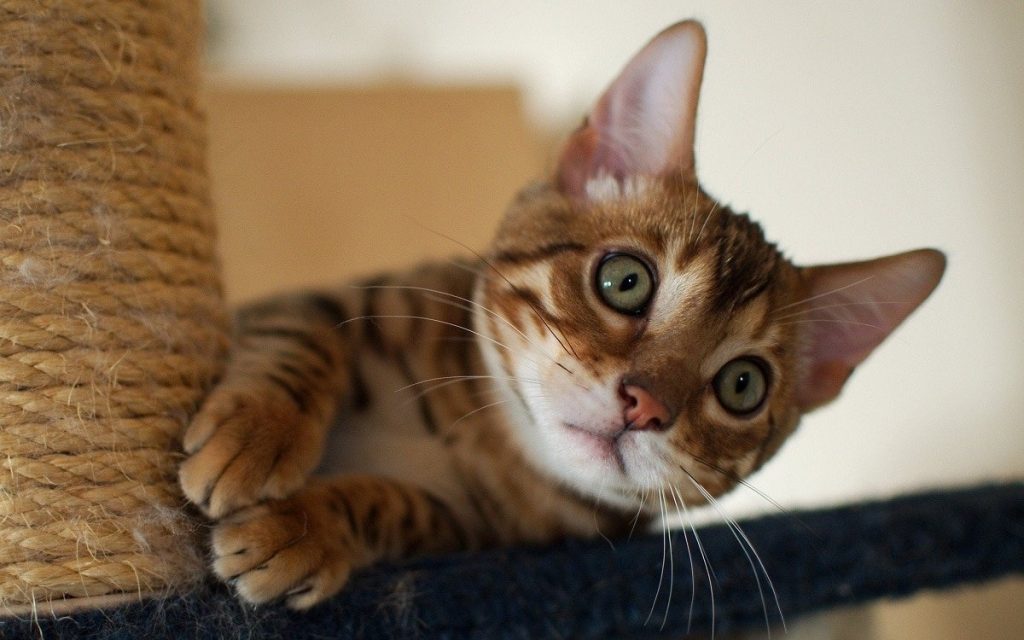 The anger period seen in male cats begins to appear 8 to 10 months after birth. Changes in the behavior of men entering the anger period and their anger periods can be understood. Male cats can be sterilized after they have entered the anger period. However, it is recommended to wait until sterilization until 15 – 18 months in order to reduce the chances of developing kidney diseases.

In the neutering process, the male cat’s ovaries are cut and removed and their cords tied. The cat neutering operation performed in males is simpler and takes less time than the females. Even after the operation, sewing is not removed.

Female cats are considered kittens until they are 5 months old. They start entering puberty after this month. The ideal period to choose when female cats want to be sterilized is the period before anger period and especially before giving birth. The sterilization of female cats, which are not intended to mate, is the best decision to be made. This operation is especially important for the health of the cat. Before the operation, the veterinarian examines whether the cat is in anger period. Starts preparations for the cat neutering operation, which is determined to be not in the period of anger.

Cat neutering operation in female cats is more difficult and takes longer. Because the ovaries and uterus of the female cats must be removed. Taking the uterus only prevents the cat from giving birth. However, the remaining ovaries cause it to enter the period of anger again.

The benefits of the sterilization operation in cats are:

Prices for cat neutering vary by province, gender and veterinarians. Below are the average prices:

You can also sterilize your cat at more affordable prices in public animal hospitals and shelters. According to the reports I have received, Istanbul Fatih Animal Hospital (0212 521 3400) is sterilizing at a price of 180 TL.

Cat neutering price For questions about, you can use the “Question & Answer” section.

After long tides, detailed investigations and endless dilemmas, you made that known decision and decided to sterilize your cat. You know that you have many valid and useful reasons to do this, but it does not change the fact that this will be a painful process for both you and your cat in every way. If you have different questions about your neutering process and afterwards, our post-castration care in cats will help you.