Cats with proper care and care from the owner are able to show mutual sympathy. Many owners of furry pets excitedly talk about how animals show love. Among the stories, there are often stories that cats lick the hands of the owner. Most owners take this for affection or gratitude. However, not all so simple.

Not always this action on the part of cats can be considered as a manifestation of feelings. Similarly, animals signal an existing problem that bothers them and ask for help from a person. We suggest that you familiarize yourself with the list of reasons why the animal resorts to such actions. 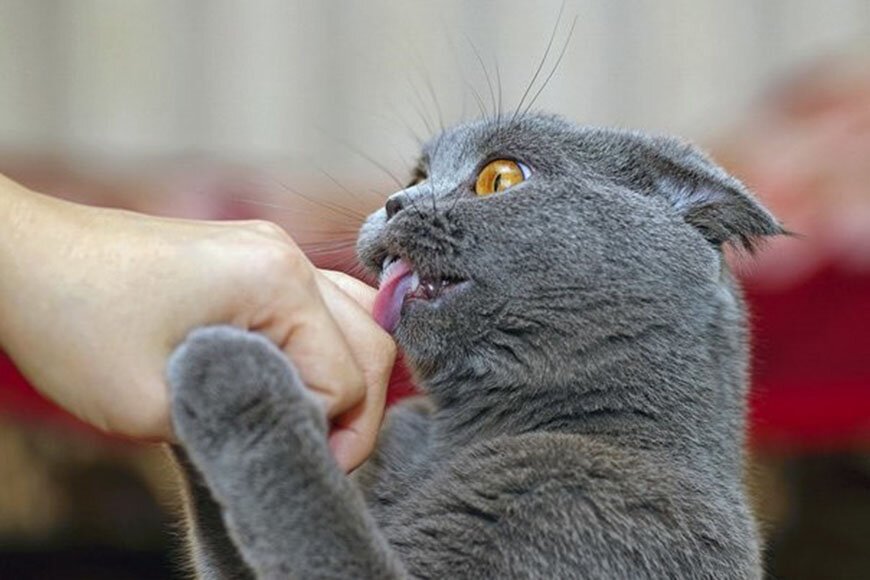 It happens that the owners are busy with their affairs all day, coming home begins the cycle of household chores. And the animal all the day patiently waited for the owner to return to communicate. In humans, communication is present everywhere, and cats are often alone for long hours. Similar phenomena can occur if people being close to the animal pay little attention to it.

Licking a man’s hands, the cat asks, and sometimes even demands, to pay attention to it. If your pet has more frequent attacks of causeless licking of hands, then try to spend more time playing with animals. Stroking the hair, scratching behind the ears will not be superfluous. 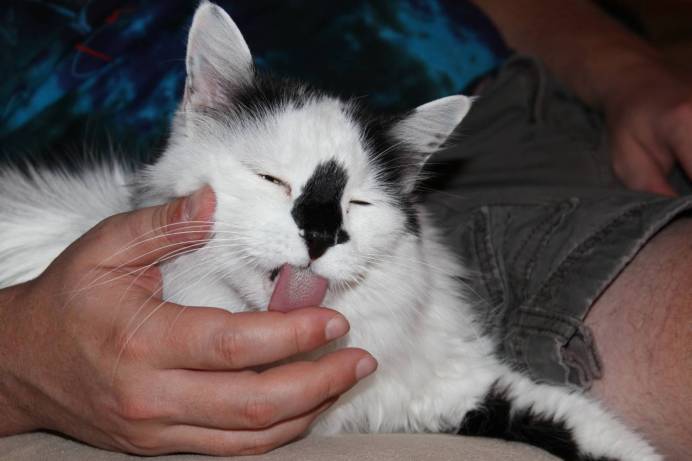 If you ever watched a group of cats, you probably noticed that members of one group lick each other. This phenomenon is called “allogrooming”. Its value includes grooming other individuals of the same group. This phenomenon occurs not only in cats. By such actions, animals show affection, care and desire to strengthen communication with members of a social group. Such actions help reduce conflict among community members. Living in close contact with a person, the animal perceives people as members of its group.

Cats use allogrooming to demonstrate their affection. In a similar way, cats show the owner a desire to be a member of one community, to be able to communicate. If the animal is healthy and licks your hands, then it is attached to you and is not against closer communication. 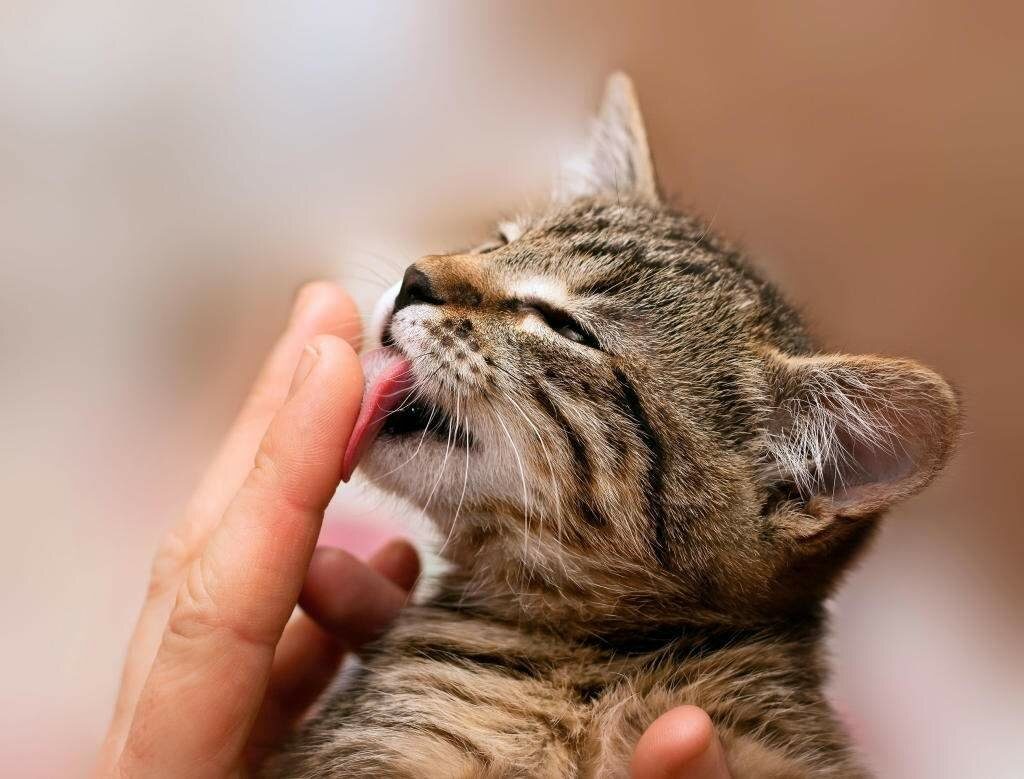 Unfortunately, animals cannot tell a person about the stressful situations they have experienced. The cause of stress can be an elementary rearrangement of the toilet, food bowls and other actions that the owner will not pay attention to. Representatives of the cat family are very sensitive, therefore, it is not immediately possible to immediately identify the cause of the stressful situation. Cats often negatively relate to noise and screaming in the house.

If the state of discomfort lasts, the pet will endlessly lick its body, the hands of the owner and even things. In such a situation, try to reduce the stress on the animal, pay more attention to the pet, stroke and talk with him. 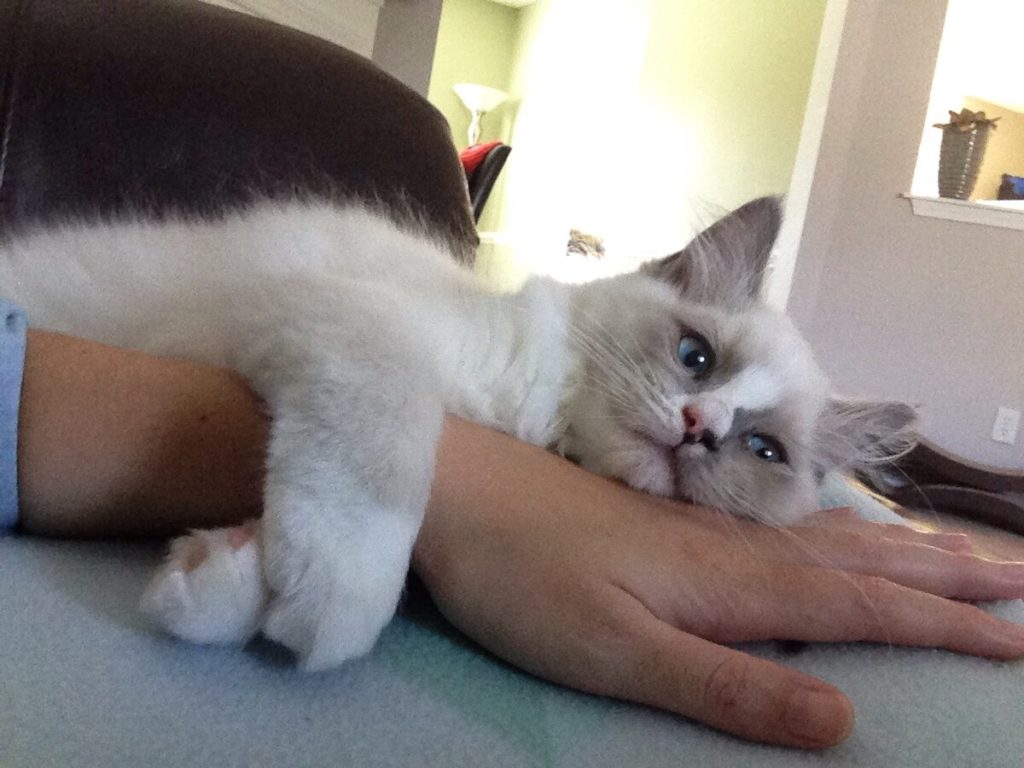 Often, in a similar way, cats ask for help or show a person that there is a problem that requires his urgent intervention. Indeed, by licking, cats are distracted from pain. If such actions are accompanied by chewing hair, then there is a reason to visit a veterinary clinic. Often, similar actions are characteristic of cats with a false pregnancy. This condition is very dangerous for the animal. Therefore, if the licks have become persistent, urgently show the pet to the doctor. 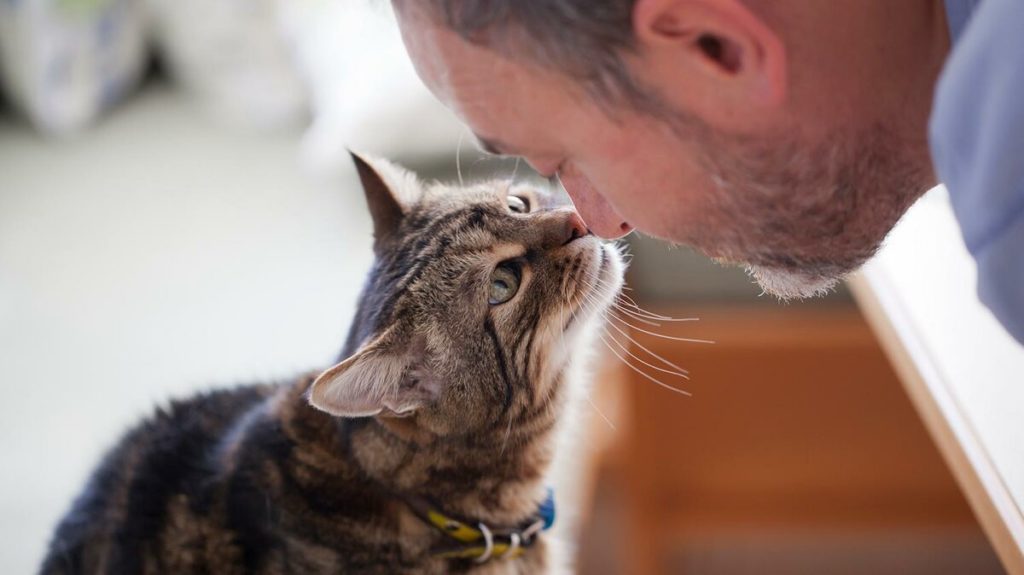 Desire to beg for food or treat

When the cat licks his hand during the meal of the owner, then it is not a matter of manifestation of feelings, but simple begging. In this way, the pet can remind you of the need to feed him if, in due time, his bowls were empty. This is especially true of the moments when the cat tramples its paws when licking your hands. Similar behavior remains in all individuals from infancy. Kittens similarly massage the cat’s mother’s stomach and mammary glands to get a large portion of the milk. 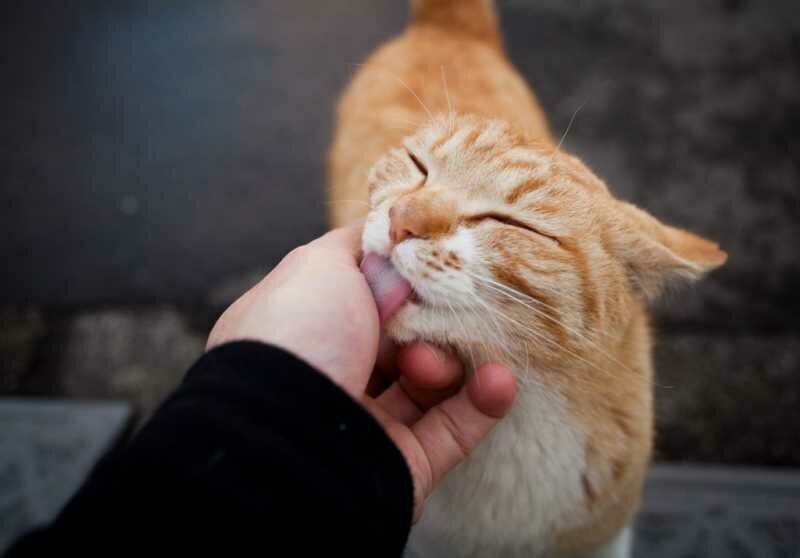 If your pet persistently licks your hands, while he has enough food and attention, then this is an occasion to beware. Cats licking human hands may ask for help when they are disturbed by pests or worms. Animals worry not only about themselves, but also for all members of a social group, therefore they draw people’s attention to the existing problem.

Wild cats are wayward, careful and cunning. These qualities went to their home descendants. If a cat licks your hands when you are in the least protected state, this demonstrates its desire to dominate. In a similar way, animals demonstrate their dominant position among community members. 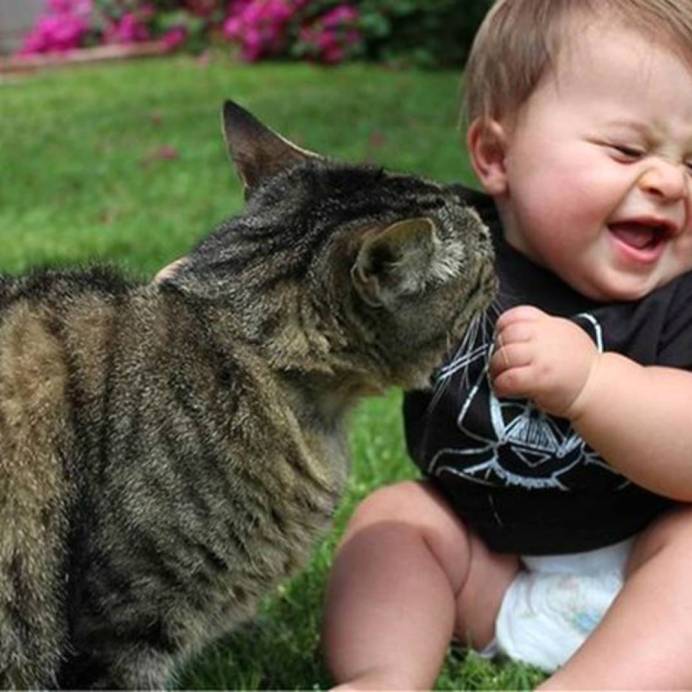 Such manifestations may indicate the pet’s intention to be higher than you on the hierarchical ladder.