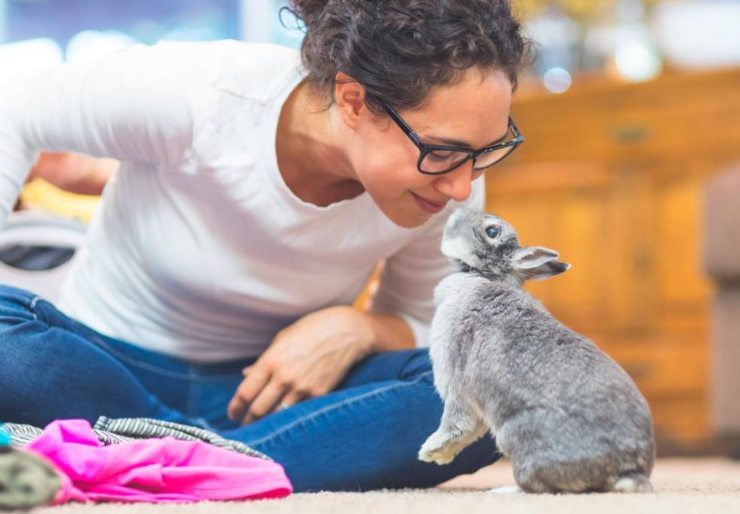 The rabbit’s character can change based on his breed. Let’s find out the personality of the rabbits together to understand which one is right for you.

Among the many pets that can be adopted, we also find i rabbits especially in families where children are present. In fact, they are also chosen to teach them to be responsible and to take care of these small animals.

There are many species of rabbits with really different characters, knowing the personality of these beautiful mammals can help you choose the right rabbit for you. Here then are the personalities of 5 rabbits which could be perfect for you.

Character of the rabbit according to its breed

Each breed of rabbit it differs both in its physical appearance and in its personal character. Here are the best known rabbit breeds, what are you waiting for, choose the one that suits you!

The ram rabbit with its rounded shape and hanging ears is the most mammal suitable for children. This sort of rabbit it is very sociable and is not very moody compared to other species.

Despite their size i extra large rabbits they are robust and very sweet mammals, they are less reactive than the smaller ones but they love physical contact very much, so much so that sometimes they are the ones who seek it.

It is unlikely that a child will be able to pick up one extra large rabbit, but nevertheless this species is very sociable and they love to relate with humans.

The dwarf or toy rabbit is a very common and very small pet. This sort of rabbit he is like the others, very sociable, affectionate and docile, he is very curious and loves to explore. He loves to be pampered and is hyperactive, jumps and runs everywhere, suitable for families with children.

The Dutch rabbit It is one of rabbits who has an excellent character, is very sociable and docile, in fact accepts both the presence of the human being and other pets.

So this species is very suitable for children, besides the Dutch rabbit he is very intelligent and curious and loves to explore the environment around him, so it is advisable to have a rabbit-proof house!

The lion head rabbit it has the characteristic of holding a mane around the neck just like a lion. Unlike other rabbits this species is not very sociable, it is instead territorial and defensive. They have an irritable, obstinate character and are also very competitive. For this reason they are not suitable for children.

Turtles – what they are and how to avoid them
Containment with your dog or cat: our complete guide
Advertisement
Advertisement