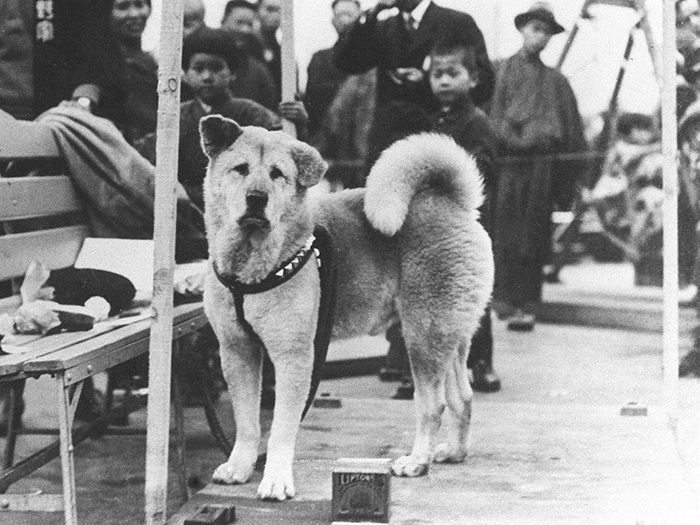 Hachiko, the dog that always waited for its owner – Most of us who love dogs know the very touching story of Hachiko, also known as Hachi, and we can’t help shedding a tear for this sad story. If you still don’t know the story, you need to know it.

Hachikō (Odate, November 10, 1923 – Tokyo, March 8, 1935) He was a Japanese dog of Akita breed, remembered for his loyalty to his master, Professor Hidesaburō Ueno, even several years after he died East.

In early 1924, Hachiko was found by Hidesaburō Ueno, professor of the Department of Agriculture at the University of Tokyo. At first he didn’t want to keep it, but his teenage daughter insisted and finally agreed. Later, the professor’s daughter left the paternal house when she became pregnant and when she got married, and the professor thought about giving Hachi away, but soon became fond of the dog, who adored him with all his soul.

The dog accompanied the teacher every day to the station to say goodbye when his owner went to work, and at the end of the day he returned to the station to receive it gladly. That routine became part of their lives., and all the locals were aware of this peculiar and adorable custom that the dog had.

May 21, 1925, Professor Ueno suffered a brain hemorrhage while teaching at the University of Tokyo, and died. That afternoon Hachikō ran to the station to wait for the arrival of the train from its owner as usual, when he saw that he did not arrive he was waiting for him and did not return home that night. Since that day, he stayed to live in the same place in front of the station for the next 9 years of their life…

Hachikō began to attract the attention of own and strangers in the station, and people fed and cared for him so that the poor could survive, always in the same place, waiting for their owner to return. This conduct of fidelity and love towards its owner Professor Ueno earned him the nickname “The faithful dog.”

In April 1934, they raised a bronze statue in his honor at Shibuya station, and the own Hachikō was present When it opened.

On March 9, 1935, Hachikō was found dead in front of Shibuya station in Japan. He was waiting 9 long years for the professor to return, always waiting, never lost hope …

When he had a necropsy (to perform his taxidermy) in his stomach, four wands were used for the yakitori (skewers or skewers of chicken), but these wands had not damaged the stomach lining, and were not the cause of his death . The causes of Hachikō’s death were considered unknown, until in March 2011 they were finally determined: Hachi had suffered terminal cancer and filariosis (worm infection) in the heart.

Today its history is a symbol of loyalty and fidelity, a story that never forgets and touches millions of people. Even It was taken to the big screen twice: 1987 film “Hachikō Monogatari” (Japanese movie) and in 2009, with the American remake of this movie, titled “Hachi: A Dog’s Tale” (Always at your side Hachiko).

Hachiko’s story has made half the world cry, and it’s no wonder …

What do you think of his story? Share your opinion in the comments ?