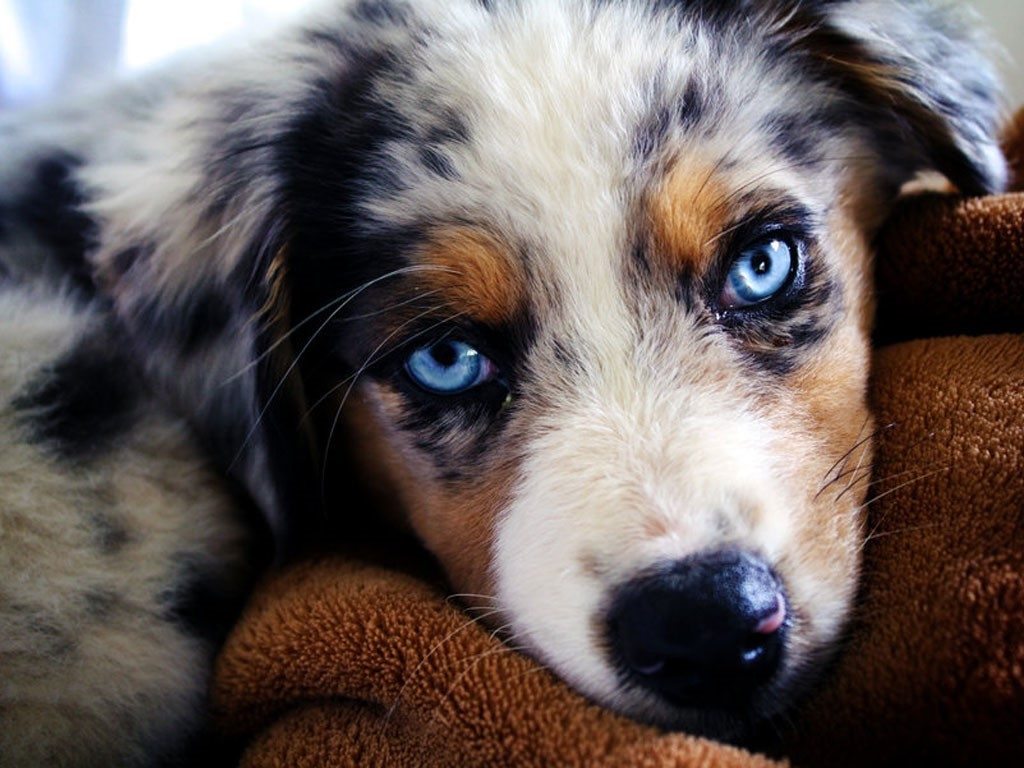 Dogs can do real miracles with their eyes. For example, to beg a piece of the last cutlet from the table or an unscheduled walk. But what abilities do dog eyes actually have? And what data about them are myths, and which is true?

Dogs are NOT color blind

The most “bearded” myth of dog’s vision – they see reality as an old black and white film. That’s just not true! Four-legged people see the world in shades of blue, yellow, green and gray in addition to black and white. Yes, they do not perceive the full color spectrum as people do, and the reason is related to the receptors in their eyes.

The “cones” located in the retina are responsible for color perception. People have three types, each of which is sensitive to a specific color (red, green and blue). And dogs have only 2 types of cones, so they perceive only the yellow and blue spectrum. This makes their vision dichromatic, while in humans – trichromatic color perception.

They are technically shortsighted

What does an optometrist ask for at every appointment ?! Read letters of different sizes, arranged in a specific order on the poster. This method allows you to find out the vigilance of vision, and also reveals hyperopia and myopia.

If a dog were checked on such a poster, then it would have reached the maximum of the third line. The bottom lines would have simply merged into her a solid spot.

Fact! Dogs are shortsighted. But this does not particularly interfere with their lives. After all, they have evolved over the centuries to develop other feelings. For example, the sense of smell, which helps them fill the gaps in vision.

To roughly imagine how the pet sees, doctors suggest removing 75% of the pixels from any computer image. The image will be generally understandable, but much more “grainy” than we are used to seeing.

With peripheral vision, we see what is on the sides when we look forward. On average, a person can see with “side” vision up to 180 degrees. And in dogs, the field of peripheral vision reaches 250 degrees. This makes them good hunters.

But among different breeds there are owners of even better peripheral vision. For example, Greyhounds, Rhodesian Ridgebacks and Basenji. And for some greyhounds, due to their long thin noses and position of their eyes, this type of vision reaches 290 degrees. But for pets with flat noses – pugs, shih tzu, chow chow and others, the lateral vision worse usually does not exceed 220 degrees.

Usually cats are recognized as the owners of the best night vision. But dogs also have good abilities for this. And all thanks to the structure of the eyes and some additional functions that people do not have.

Four-legged pupils have large pupils, and this does not just give them the opportunity to look very cute. The size of the pupils also allows them to absorb more light. Then the light is processed by special eye receptors – “sticks”. They are in our eyes, but dogs have much more. Due to this feature, they can handle even very weak light – including at night.

And the function of canine night vision is complemented by a special “mirror structure” (Tapetum lucidum), located in the back of their eyes. This mirror layer is located immediately behind the retina. When the light hits the dog’s eyes, it is reflected from the tapetum and returned to the retina. Thus, the retina receives a “second chance” to absorb and process even more light.

Important! Thanks to the tapetum, dog eyes glow so ominously in the dark when light from a lamp or a car headlight hits them. In fact, this greenish glow is the light that reflected from the mirror layer and returned to the retina.

Now it becomes clear how the pets manage to go through the whole apartment at night without hitting pieces of furniture or children’s toys in the rooms scattered on the floor.

These facts will allow you to better understand how the pet sees the world, and “look” with his eyes. They do not see all the colors that surround us. In the distance, everything seems blurry to them. But on the other hand, they have a huge field of peripheral vision – therefore, they easily notice a cat on a walk that the owner does not see.

Mystery Cat’s Eye – Photo | mysticism | Superstition | Reasons | Explanation
What to do if a cat does not use its litter box?
Advertisement
Advertisement