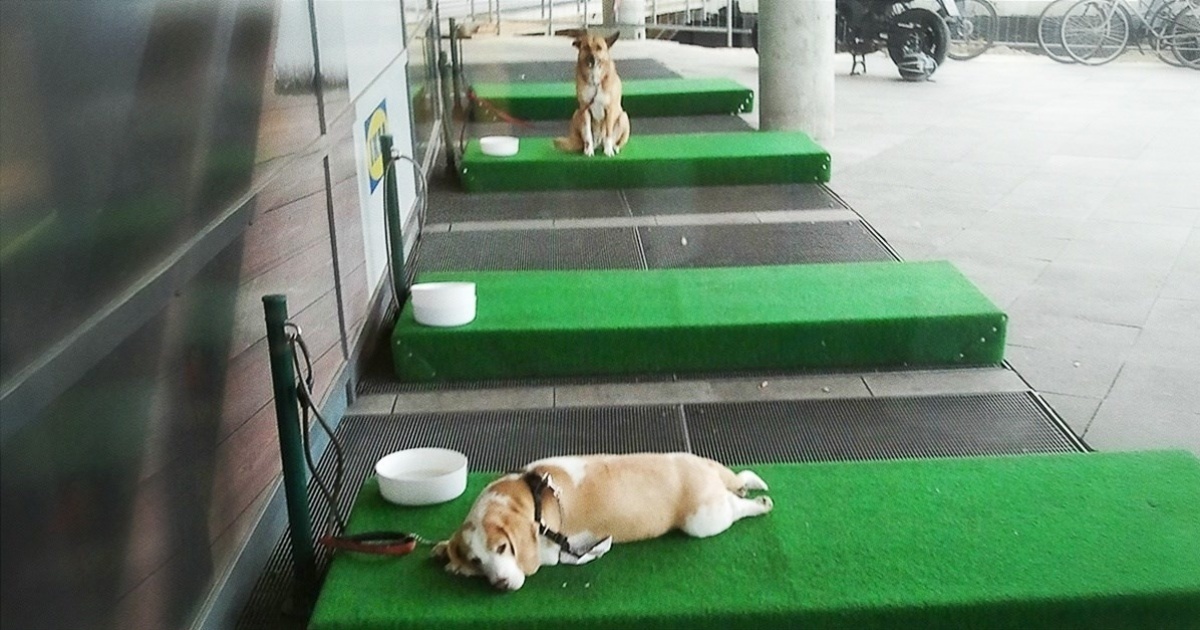 Man has taken over the planet and continues to concretize it with the help of cities, highways, and buildings, increasingly reducing the living space of animals. To remedy this, or at least to facilitate cohabitation between the two species, certain associations have set to work, producing constructions which for once benefit the animals. It is a sign that humanity is gradually beginning to live up to its name.

These bridges were created to try to reduce car accidents caused by deer crossing highways, and to allow animals to travel smoothly through their forest area. We even took the trouble to cover the bridges with vegetation to reproduce the animals' natural habitat.

2. The hummingbird feeders of the United States Hummingbird feeders are painted red as this color attracts birds who believe it is nectar. Every bird lover in the United States puts seed-filled feeders in their gardens to attract birds. Each species has its own specific food, so that the customer can choose the type of bird that will come to his garden.

3. The turtle tunnels on Honshu Island in Japan The trains on this island decimated the turtles that wanted to cross, so the railway company built a special tunnel under the rails to allow them to pass.

This project launched by Bruce Gilchrist and Jo Joelson to encourage multidisciplinary artists' collaboration led in particular to the construction of H.L.M. for birds in several areas of London. The birds find a stylish home there, and the artists draw the public to little-known parks. The aim of the association was also to show that everything is linked: architecture, ecology, landscaping and society (hence the style of the houses supposed to reflect the social residences built in the 60s in these districts).

5. A highway animal tunnel in Finland Similar to Canadian animal tunnels, however, they are built under the highway.

6. A distributor who feeds stray animals free of charge The Turkish company Pugedon markets these interesting machines in China. The locals bring their empty bottles to recycle, and in exchange for each bottle, the distributor gives 20g of food to a stray animal in the neighborhood.

7. An airport for birds in Vilnius This type of sign was brought to Vilnius to remind humans that the earth is not theirs alone. For example, this park is also "the airport of birds" that have the right to land in and take off from it, just as people have the right to walk there.

8. A bridge facilitating the migration of crabs to Australia Thousands of red crabs migrate to Christmas Island, unfortunately crossed by a road. To prevent the crustaceans from being crushed by the hundreds, this bridge was built in a strategic location.

9. Passage for hedgehogs in Lithuania

Nice symbolic ecological project in Lithuania where mini pedestrian crossings have been drawn on the roads next to a sign showing a hedgehog crossing. A reminder that cars should also watch out for animals.

10. An elephant pool in a Japanese safari park So that the elephants of Mount Fuji can swim, this safari park has built a giant swimming pool for them.

11. The Caboodle Ranch in the United States This somewhat peculiar Florida ranch allows 500 cats to live in a real city of 16 hectares rebuilt to their size. They take up residence or wander through houses but also a town hall, mills … everything that a real city can offer. The foundation which deals with the inland waterways of England and Wales had the idea to create towpaths for the Anglo-Saxon ducks who like to walk around the lakes. A white line and duck silhouettes remind humans to protect nature. In a German IKEA, we find this luxury parking for dogs which allows their owners not to leave them locked in the car.

15 absolutely gorgeous future animal moms
If you see this, it's best not to touch it! It is neither a jewel nor a piece …
Advertisement
Advertisement